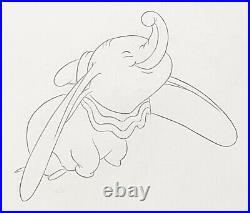 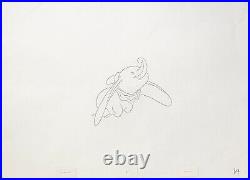 Combining live-action with animation, the story follows a private detective, Eddie Valiant, who must exonerate "Toon" Roger Rabbit who is accused of murdering a wealthy businessman. The film was a blockbuster and critical success wining three Academy Awards and a Special Achievement Award. In 2016 the film was selected for preservation in the United States National Film Registry by the Library of Congress as being culturally, historically, or aesthetically significant. Eisner brought in executive producer Steven Spielberg and his production company Amblin Entertainment.

Fleischer Studios, King Features Syndicate, Felix the Cat Productions, Turner Entertainment, and Universal Pictures/Walter Lantz Productions to "lend" their character to appear in the film; although many had stipulations were added about how the characters could be portrayed. For example Disney's Donald Duck and Warner Bros. Daffy Duck would appear as equally-talented dueling pianists; and Mickey Mouse and Bugs Bunny would also share equal time for their first ever animated screen scene together.

Spielberg's negotiations contributed to audience admiration for the film because of a large number of famous animated characters appearing together for the first time. The cast of characters, combined with brilliant animation that was integrated with seamless live action, made the film a visual masterpiece! The Walt Disney full length feature film "Dumbo, " released in 1940, introduced to the world one of the greatest characters in the Disney pantheon, Dumbo the flying elephant!

Dumbo was the only character in the film who never uttered a single word, and yet he is one of the most remembered Disney stars. All of his feelings were conveyed through body movements and facial expressions. The extraordinary animation skill needed in order to do this with a human, but in this case a baby elephant, can not be underestimated.

The Disney Studio animation artists were still fairly new to feature animation, having only started in 1937 with Snow White and the Seven Dwarfs. " The film prior to "Dumbo" was "Fantasia, " with one of the most successful sequences being "Night on Bald Mountain. Here again, the main character Chernabog, a huge winged devil, sitting on top of a mountain, commanding the undead below, and never uttering a single word; made a huge impression on the viewing public. The Disney animator Vladimir "Bill" Tytla created the devil-giant for "Fantasia's" "Night on Bald Mountain, " and for the next film he was given the task of animated the film's star, Dumbo. "I gave him everything I thought he should have, " said Tytla.

I don't know a damn thing about elephants. I was thinking in terms of humans, and I saw a chance to do a chracter without using any cheap theatrics. Most of the expressions and mannerisms I got from my own kid.

There's nothing theatrical about a two-year-old kid. They're real and sincere- like when they damn near wet their pants from excitement when you come home at night. I've bawled my kid out for pestering me when I'm reading or something, and he doesn't know what to make of it.

He'll just stand there and maybe grab my hand and cry... I tried to put all those things in Dumbo. Drawings from Who Framed Roger Rabbit?

Are rare to appear on the market, and because there was very little screen time for Dumbo, this makes this drawing all the more rare. This is an iconic pose of Dumbo, as he is flying with his ears extended. This Dumbo drawing appears in the scene when he suddenly appears outside of R. Maroon's studio office and the cartoon producer says to Eddie Valiant, I got him on loan from Disney.

A spectacular image and great piece of production artwork that is perfect for any Walt Disney animation collection! Measurements: Size - Dumbo: 4 1/2 x 4", Sheet 11 3/4 x 16". Condition: See pictures of the actual drawing which is in excellent overall condition as shown above! All items we sell are from a smoke-free/mold-free home/workplace and are in excellent condition unless otherwise noted.

I own every work pictured for sale and I stand behind every item. Please follow/bookmark me as a favorite and keep checking back for more items for sale in the coming weeks. For now, please check out my other Animation Drawings and Cels and other original modern and contemporary artwork for sale!

This item is in the category "Collectibles\Animation Art & Merchandise\Animation Art". The seller is "shadowline" and is located in this country: US. This item can be shipped worldwide.