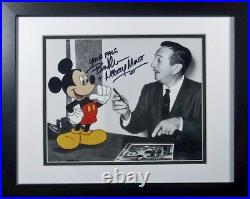 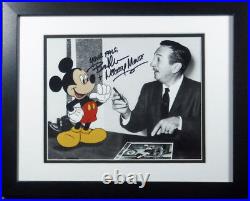 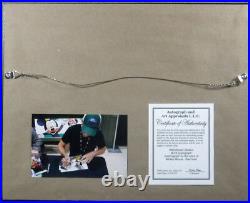 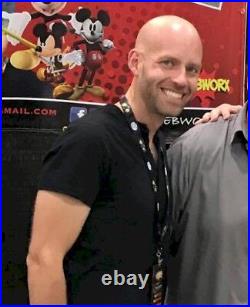 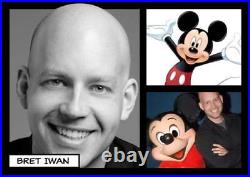 By the VOICE of Mickey Mouse... Signing was completed and witness by Toon-city staff members at a private signing. Bret hand signed each piece, this piece was signed.

Your Pals, Bret Iwan & Mickey Mouse. Image is a NEW 8 x10 color & Black and White mixed photograph. Bret's signature is in Black Sharpie pen. Never displayed and presides in a smoke-free atmosphere. Autograph's were obtained in-person at a paid personal signing. All sales are Final, autographs may vary slightly from image pictured. This artwork is not a cel, cell or sericel, but a nice price alternative to one. Includes the Certificate of Authenticity.

New Glass, finished off with brown dust-paper backing and a metal hanger. This piece is Ready to Hang, out of the box! BIO : Bret Iwan (born September 10, 1982) is an American voice actor and illustrator. He is only the 4th person to be the official voice of Mickey Mouse. He was first called in to voice Mickey and understudy with Wayne Allwine (Wayne the 3rd official voice of Mickey Mouse).