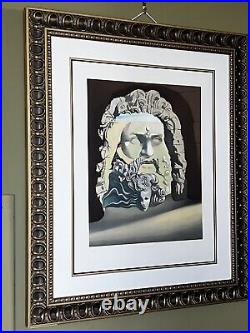 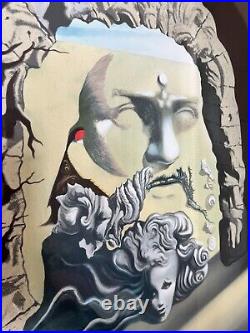 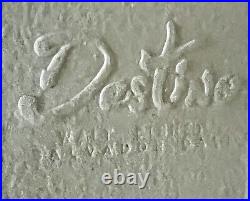 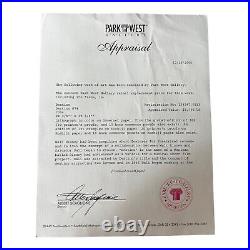 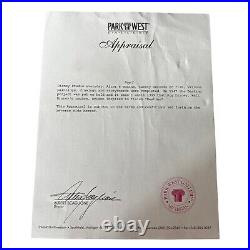 (depicts the Greek poet, Homer). Out of all Destino works in this series, this work is considered by many to be the "Crown Jewel" of the collection. Visible image measures approximately: 21 3/4" W x 27" H. Frame measures approximately: 33 1/2" W x 39 1/4" H. Pristine example - stored in the dark, away from any light, and in temperature controlled storage for 16+ years.

Breton envisioned Surrealism as an art form that would draw its content from the unexplored realm of the subconscious human mind, ferreting out unparalleled honesty and otherworldly images that would turn the world's concept of art on its head. In such total abandon, Breton and others believed the world would find absolute freedom. Walt Disney found an unexpected artistic soul mate in Salvador Dali, who he may have met as early as 1937. We have to keep breaking new trails, Disney said at the time. Ordinarily good story ideas don't come easily and have to be fought for. At a dinner party held by movie mogul Jack Warner in 1945, the concept of collaboration between Disney and Dali began to evolve. Disney had been compiling short features for theatrical release. "Destino" was the name of a Mexican ballad that Disney had envisioned as a vehicle for a musical short film project. Dali was attracted to Destino's title and the concept of destiny attracting two lovers. In late 1946, Dali began arriving at the Disney Studio every morning at eight-thirty and working until five at night. Twenty seconds of film, several paintings, various pen-and-ink drawings and many storyboards came out of this eight-month period during which Dali was an employee of Walt Disney Studios.

Then, destiny itself took over, and the project was put on hold by Disney in 1947 as a result of post-World War II changes and other studio commitments. In 1999, Roy Disney, Walt Disney's nephew, became inspired to finish "Destino" after the release of Fantasia 2000. "Destino" was kept as close as possible to the original vision laid out by Disney and Dali in 1946. Director Dominique Monfery and producer Baker Bloodworth utilized many traditional techniques of animated filmmaking as well as cutting-edge technology.

Fifty-seven years later, the brainchild of Dali and Disney was finally born. "Destino" is, according to the curator of the Gala-Salvador Dali Foundation, "the perfect combination of Dali and Disney". Note that the appraisal in the photos is from 2005. The works appraisal is much higher today 17 years later. This item is in the category "Art\Art Prints". The seller is "chucklehut" and is located in this country: US. This item can be shipped to United States.