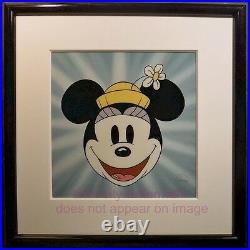 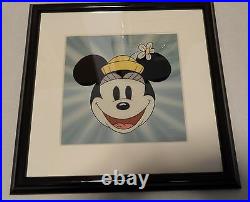 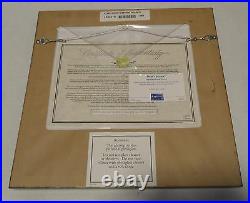 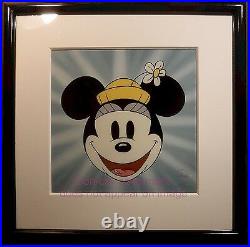 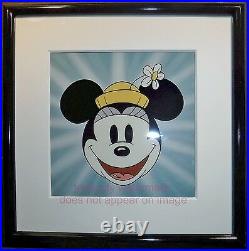 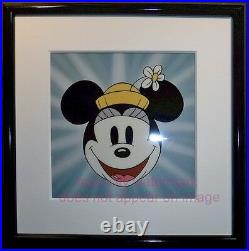 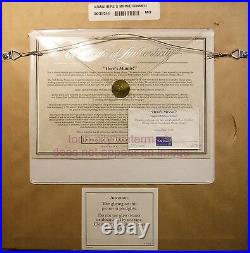 STUNNING Sericels of Mickey & Minnie Cel! This listing is for a Mint Condition Disney Sericel of Minnie Mouse cel, created and released in 1999. These cels have never been displayed and were only taken out of their packaging to be photographed. Pieces are still framed in their Original issued Disney Frame. Frame sizes are 14x14 inches.

Cel sizes are 8 x 8 inches. Both come with original Disney issued Certificate of Authenticity. Cels are titled " Here's Minnie " are images of the solid pupil era of the characters from the 1930's. Images replicate the Title Cards of the 1930s which would appear as an "introduction" to the audiences In the theaters. Is a serigraphy process that involves silk-screening each individual color to the cel, one at a time.

Every distinct shade is a separate screen, and a separate pass in the procedure. As a result of this fine art operation, each color is flawlessly reproduced. Sericels are also created in limited quantities, typically 2500 to 5000 pieces and sometimes even 9500. Because of their larger edition size, sericels are the most affordable type of animation art, ideal for the beginning collector. The word Sericel is a contraction of Seri-graphed Cel.