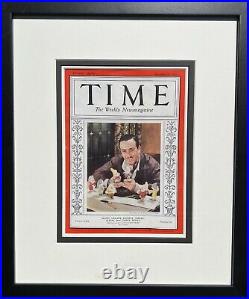 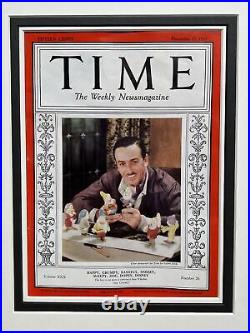 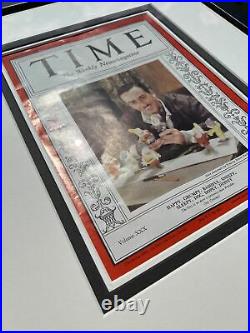 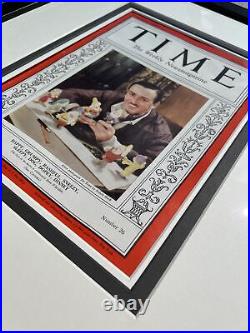 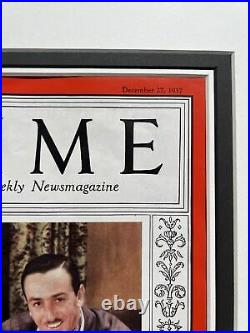 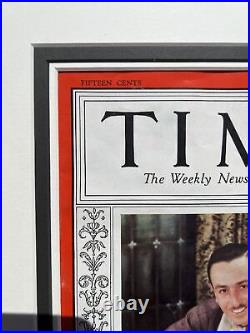 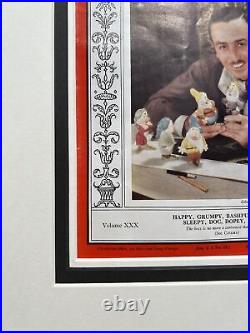 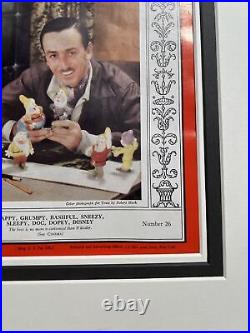 RARE 1937 Walt Disney on Time Magazine Cover, Intact Magazine Preserved/Framed. The magazine is in amazing condition, with no visible nicks, tears or markings.

Happy to answer any questions! December 27, 1937, Walt Disney appeared on the cover of Time Magazine. The publication profiled Disney the week Snow White and the Seven Dwarfs was released, calling the film the most ambitious animated cartoon ever attempted. The film had just premiered, and the article incorporated a glowing review of the film that was about to become a phenomenon into a tour of the Disney Studio and a profile of Walt himself. "Happy, Grumpy, Bashful, Sneezy, Sleepy, Doc, Dopey, Disney" was the caption that appeared under a color photo of Walt Disney with figurines of the Seven Dwarfs as he donned the magazines cover.

The lengthy accompanying article, "Mouse & Man, " discusses Walt's start in the business, the process of making animated films and the recently released Snow White and the Seven Dwarfs. In the article, Leon Schlesinger, producer of the Looney Tunes cartoon shorts stated, We're businessmen. Walt Disney's an artist. With us, the idea with shorts is to hit'em and run. With us, Disney is more of a Rembrandt. This item is in the category "Collectibles\Disneyana\Vintage (Pre-1968)\Other Vintage Disneyana". The seller is "nyc_chef7" and is located in this country: US. This item can be shipped to United States.