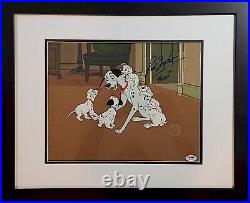 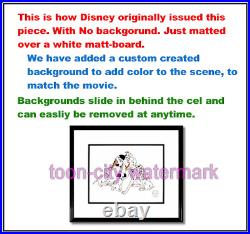 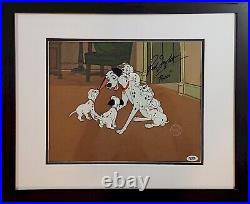 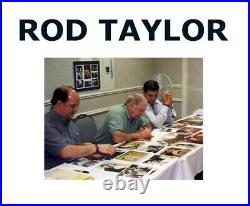 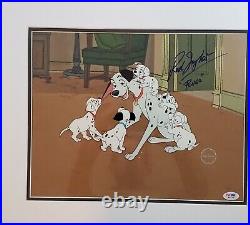 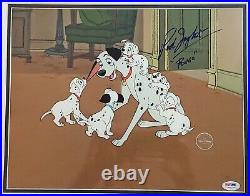 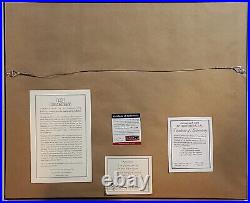 This sericel (serigraphed cel) is called " Reunited with Pongo " and recreated Sequence 14, Scene 5 of the Animated Classic. This Edition was produced in 1993. Edition Size is 5000 pieces, worldwide. Cel size is 14 x 11 inches inside the matting.

Brand New, Disney Style Frame size is 21 x 18 inches. Cel was created by Samper Silkscreen of Los Angeles, who was hired by Walt Disney Art Classics to produce this series of sericels. Piece has been hand signed by the original voice of Pongo from 1961... Piece was issued by Disney without a background. We have enhanced this piece with a custom made background of''the humans'' living room. If you don't like the background, we can change it out for another. Comes with PSA DNA authentication for the autograph. Item is Newly Framed in all new materials. Frame is 15 x 12 inches sin size.

All New Museum Quality matting. It is finished-off with dust-paper backing and a metal hanger.