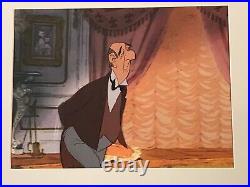 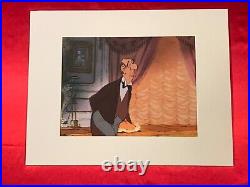 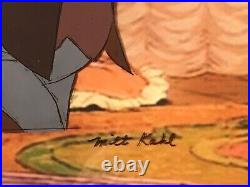 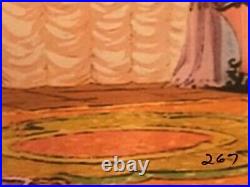 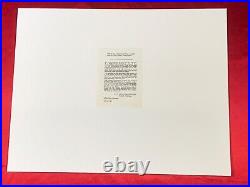 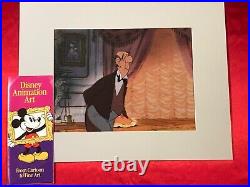 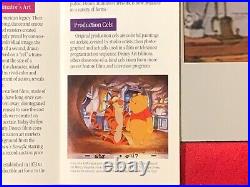 Here is a large 16 field full sheet animation production cel of Edgar the Butler from Walt Disney's 1970's Animated Full Length Feature " The Aristocats ". This Beautiful production cel of Edgar features him in a classic pose from a scene in the film which was animated by Disney animator Milt Kahl. The cel has been professionally matted with a color print background from the film as shown. Many Disney Production Cels from this film we're unfortunately laminated which later caused them to deteriorate over time, but this production cel was never laminated so it still is in Beautiful condition over 50 years later. This production cel is even inscribed with the name Milt Kahl, below the figure of Edgar.

This happens to be under the matting but can be seen in one of the photos below. This rare Aristocats setup is in the acid free matting measuring 14" by 18" in size and looks amazing.