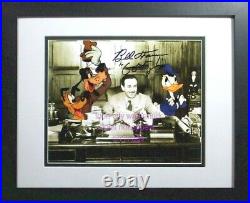 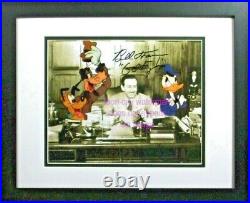 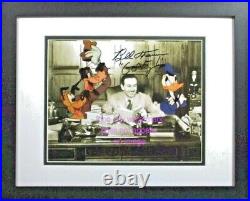 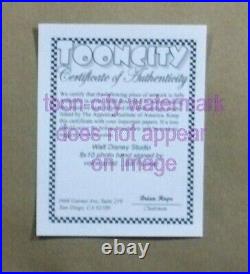 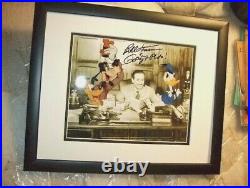 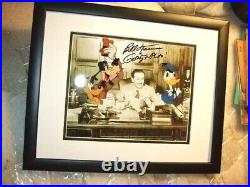 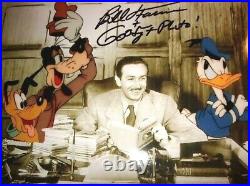 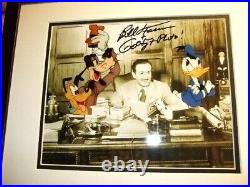 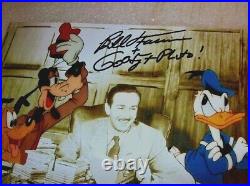 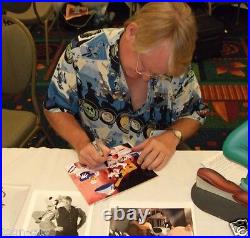 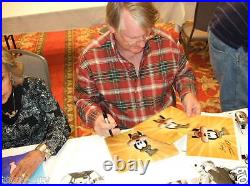 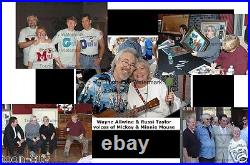 Professional printed 8 x 10 inch Color photo on Premium Film Paper. Each autograph photo has a unique individual signature that will be slightly different then the one pictured. BONUS: Piece has been hand signed by the voice of Goofy and Pluto...

In September 2009, Farmer was named a Disney Legend. Signing was completed and witness by Toon-city staff members at a private signing.

Never displayed and presides in a smoke-free atmosphere, within our extensive archives. We did get a few signed by Bill, so the image pictured is representative, as no two autographs can be exactly the same. This is a GREAT Image of a young Walt Disney from the 1930's at his Desk with Pluto, Goofy and Donald Duck looking over his shoulder.

Professional enhanced and color corrected. The black & white part of the photo match the newer Colored characters with a touch of antique patina on them. Makes a GREAT and Unusual Collectible for any Goofy OR Pluto fan. You won't be able to find this one anywhere else in the world.

This is NOT a cel, cell, pin or sericel. Brand New Solid Wood Frame. Double Matted, Museum Quality Rag-Matt, so it'll be preserved forever! Framed Size is 12x15 inches in size! (born November 14, 1952 in Pratt, Kansas) is an American voice actor and comedian, best known for being the current voice of the Disney characters Goofy, Pluto, and Horace Horsecollar. Farmer has starred in House of Mouse (2001), Mickey Mouse Works (1999), Mickey Mouse Clubhouse (2006), Goof Troop (1992), The New Adventures of Mighty Mouse (1987), and Astro Boy (2004). He is best known for his voice acting for Goofy and Pluto, two famous Disney characters, and more recently he has also played Horace Horsecollar. Another big role he played was in the movie Space Jam (1996), where he voiced Yosemite Sam, Sylvester, and Foghorn Leghorn.

He also has done several minor voices, both on TV (including The Grim Adventures of Billy & Mandy) and in video games, including the Destroy All Humans! Series, Namco's Tales of Symphonia, where he voiced Governor-General Dorr, in Square's Kingdom Hearts series reprising the role of Goofy, Detective Date in the SEGA game Yakuza and Sam and others in cult classic adventure game Sam & Max Hit the Road.