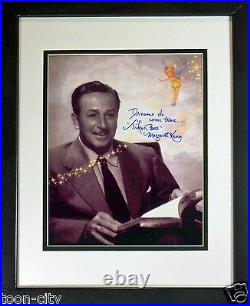 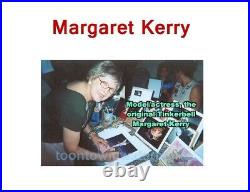 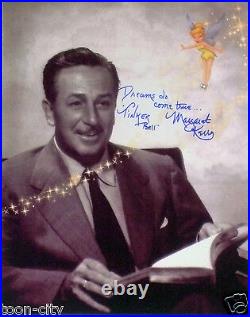 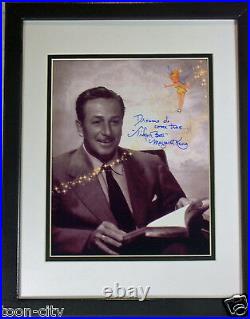 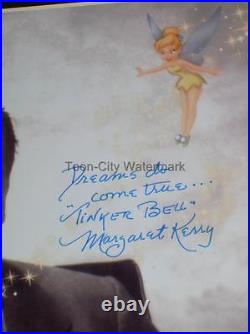 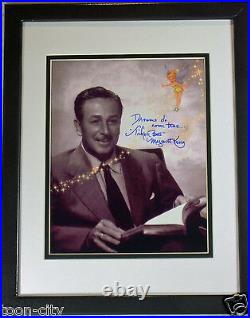 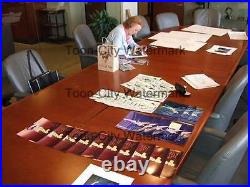 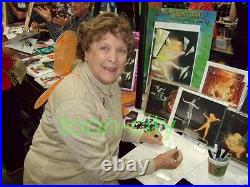 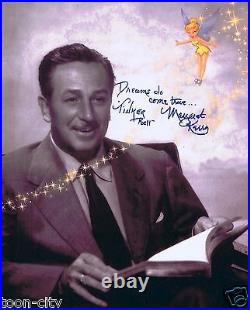 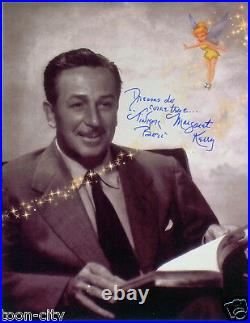 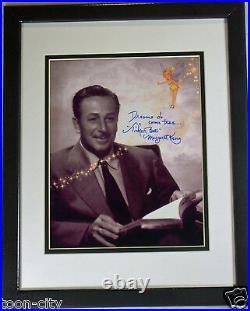 Signed by the Original Tinker bell from Peter Pan 1953. This 8 x 10 inch color photo has been, Signed. Image features Tinker bell spreading her Pixie Dust over Walt Disney himself. I personal received this piece from Margaret. She's a personal friend of mine that I've know for over 15 years now.

SOLID wood, for a quality presentation. Brand NEW Archival, Museum quality matting. Brown dust-paper backing with a metal hanger. This piece is Ready to hang, out of the box! This Beautiful image has been signed by the ORIGINAL actress/Reference model used by the animator Marc Davis.

Margaret Performed ALL of Tink's moves in Pantomime on large, over sized sets on the Disney lot. AL of her actions were filmed later references for the Disney Animators. All of her little movements were captured in the animation of the character. Tinker Bell we know today would be a lot different without Margaret. The image is from a classic scene performed by Margaret in pantomime for Animator Marc Davis.

Autograph was obtained in-person at a paid personal signing. On signed pieces the signature may vary slightly from image pictured. We are experts in dealing with Disney American animation cel art. We evaluate cels like Art Corner pieces from Disneyland.

This piece is NOT a cel, cell, pin or sericel. Margaret Kerry (born Peggy Lynch, circa 1930, Los Angeles) is an American actress, motivational speaker and radio host best known for her 1953 work as the model for Tinker Bell in the Walt Disney Pictures animated feature, Peter Pan. Kerry answered an audition call during the planning stages of the film. The audition, supervised by Disney animator Marc Davis, required her to pantomime the motions that would eventually be animated as Tinker Bell, such as preening in a mirror at her feet.

She won the audition and spent the next six months at the Disney Studios on a mostly empty sound-stage pantomiming the role on film. The studios provided props as well, notably a giant keyhole mounted on a stand as well as a pair of giant scissors, later used in the scene in which Tinker Bell became trapped in a jewelry box. Since Disney released the film at about the time Marilyn Monroe had begun to make an impact, an urban legend immediately sprung up attributing the role to her. This item is in the category "Collectibles\Animation Art & Merchandise\Animation Art".