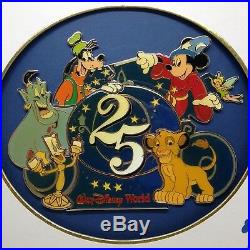 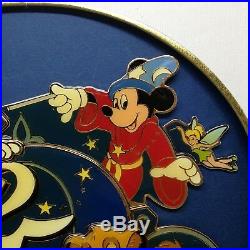 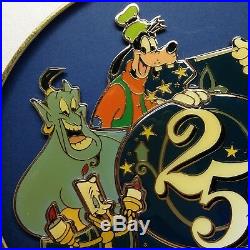 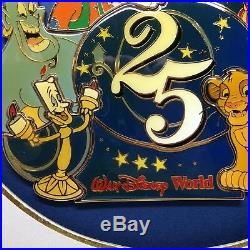 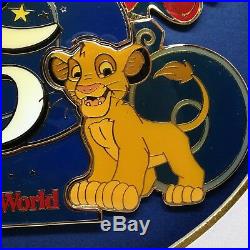 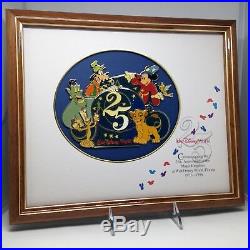 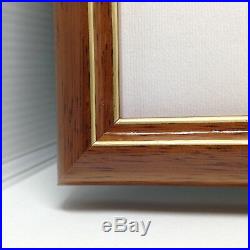 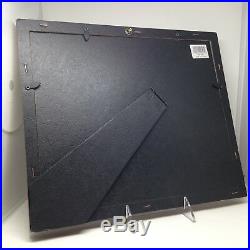 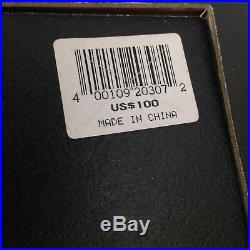 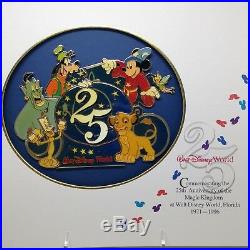 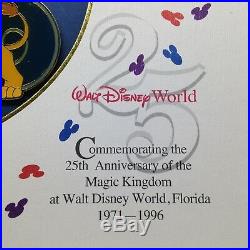 Pins mounted on blue background. White circular mat surrounds pins with colorful logo and Mickey-fetti design with the words: Commemorating the 25th Anniversary of the Magic Kingdom at Walt Disney World, Florida. Lumiere (from Beauty & the Beast). Simba (from The Lion King).

The pumpkin coach (stylized) with the numbers 2 and 5 on it. And one with WDW signature logo. The Genie pin appears to have some yellowing, perhaps due to age.

Not sure its not part of design coloringshading, maybe? Please NOTE: Frame does NOT include GLASSthe clear covering is plexiglas or plastic and may show some wear and light scratches. It could easily be replaced with a standard frame glass. Frame is slightly smaller than 14 x 12.

Pins together are about 6-7" wide and 5" tall. Matte opening is about 7 across.